Can schools use the same content filtering approach with iPads as with desktop computers? Maybe not.

"Proxy settings are technically an option, but the likely use of an iPad on multiple networks outside of the school’s network can make it difficult to implement them effectively."
Ryan Faas 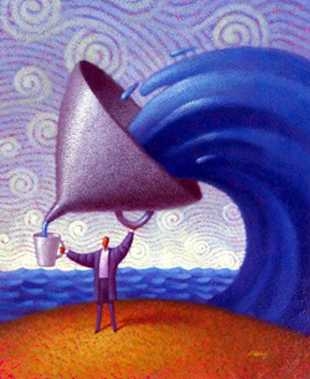 Shortly after the first school desktop computers connected to the “world wide web” on high-tech 56k modems, schools began scrambling for content filtering solutions. Many states created laws dictating what type of content should be accessed by schools and sometimes even mandated how content was filtered. Today, mainly via the use of secure proxy servers, schools have been actively controlling what students can or cannot access.  You would be hard pressed to walk into a school computer lab today and not have some sort of content filter that blocks traditional explicit sites as well as popular sites such as YouTube and Facebook.

But what about iPads? Can schools use the same filtering approach as with desktop computers?  According to a recent article by Ryan Faas, iPad’s mobile nature and lack of flexibility within the app store create new challenges for schools.  Many students can take their school iPad to non-secure servers (such as their home) and access whatever content schools / society deems inappropriate for young minds using school technology. Additionally, according to Faas “Apple’s iOS sandboxing requirement for apps limits the ability of third-party developers to implement on-device filtering options that mirror what can be done on a Mac or PC. Proxy settings are technically an option, but the likely use of an iPad on multiple networks outside of the school’s network can make it difficult to implement them effectively.” In other words, you may have to look for new ways to control what your students access on iPads.

1) Block Safari with the iOS Restrictions feature and use alternative “safe browsers” such as K9, Mobicip, Child Safe.  The problem with this approach, claims Fass, is that many apps include built-in browsers that won’t be impacted by this approach.

2) Set up a VPN connection for each iPad.  If you set the VPN to apply to all internet traffic, students automatically connect to the school network and school’s filtering solution no matter where they are using their tablet. The challenge with this approach is that it will increase the load on schools network.

Check out the whole article below and let us know what is your school using to filter content?

How To Handle Content Filtering For iPads In The Classroom (And At Home)
Posted in: Tablet Teacher Blogs, Teacher insight on implementing tablets in the classroom