One of the most important characteristics of strong technology leaders is that they are classroom teachers first. 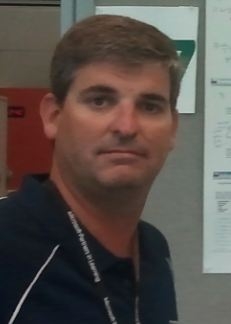 When I agreed to write for the National Teachers Alliance, I suggested that the best way to get to know the success of Country Day’s technology program was through its people. Rob Baker, our Director of Technology, is a man who uses pithy, insightful statements to help others understand what works at Country Day. Rob was my first supervisor at the school; I worked under him as the “Upper and Middle School Technology and Media Services Coordinator,” aka “Techbrarian.” Rob has been immensely influential on me, but more importantly, he’s been a great friend. I’m going to use some of Rob’s great phrases to help readers get a picture of him as a technology leader, and a pretty decorated one at that. I wrote in my last post that Country Day has a rich and strong heritage of technology integration, one founded on a strong bedrock of liberal arts education. Under Rob’s leadership, the school has continued to push the boundaries of technology integration using Tablet PCs.

“Empathy is More Powerful than Sympathy”

One of the most important characteristics of strong technology leaders is that they are classroom teachers first. Rob understands what works and what doesn’t work in classrooms because he started out as a math and computer science teacher and still teaches a class here and there in his current position. He taught at several independent schools around the country before coming to Country Day almost a decade ago. He’s run technology programs on a shoestring budget, a wing, and a prayer, and lots of hard work and dedication, so it’s often difficult for him to empathize with those who suggest that money is the only obstacle to a great 1:1 Tablet program.

Though we do have a great base of resources at Country Day, something tells me Rob would make it happen anyway. He’s a well-rounded guy, too, and adds to his self-administered moniker of “gearhead,” digital arts teacher, fifth-grade “Tech-Know” teacher, basketball coach, volleyball player, and family man. A select few of us know that he’s also saved a few lives as a lifeguard on the east coast. Two years ago he was awarded the Capitol Region Society for Technology in Education Leadership and Vision Award in 2010 (co-sponsored by the Anytime-Anywhere Learning Foundation). He has done extensive work for DyKnow and was one of their educators of the month, and more recently he and I were honored to have been selected for both the Microsoft Innovative Educators symposium (now known as the U.S. Partners in Learning conference) and their newly developed “Windows in the Classroom” program. Much of our recent work has been in helping other schools understand the powers of digital ink made possible by Tablet PCs. He knows how well these technologies can work because “he’s been there.”

When I was first hired and asked to spend time doing support at our help desk, Rob demanded that I be able to say, “I don’t know.” The willingness to admit one’s inabilities in the world of technology is important in developing strong human relationships. Perhaps this notion is related to empathy, for it is because a user doesn’t know how to repair her own Tablet or edit video that she sits before you . . . vulnerable . . . asking for your help. You may sit on the other side of the desk at some point, so it’s always wise to treat people with respect, and this begins with humility. Admitting that you do not have all of the answers is crucial to the success of a help desk, yes, but it is also a powerful lesson for colleagues and especially students. Wasn’t it Socrates who, when told he was the wisest man in the land, countered that he couldn’t be because he knew nothing? It was later, after an exhaustive search, that the oracle told him his willingness to admit he knows nothing was precisely why he was so wise.

Rob uses this phrase when he welcomes new fifth grade parents to the world of 1:1 (He also uses it in Tablet Conferences!). What he explains is that it was once possible to know nearly everything. This no longer being the case, thanks to the ever increasing body of knowledge, human beings will now need to be adept at filtering through unnecessary information, and the Tablet PC is an excellent tool to assist in that process. Despite being unable to know everything, we still hope students will excel at communications (written, oral, digital, and creative), the sciences, mathematics, foreign languages, the arts, athletics, and much more. Tablets are flexible convergence devices that allow a wide array of activities in a wide array of disciplines. (P.S.: My wife will hear this one tomorrow when Rob does his spiel for future parents of fifth graders!)

Baker often argues that, though he’s a fan of reducing paper waste, he’s a different kind of environmentalist. For him, he’s “trying to create the greatest teaching and learning environment on the planet.” To do this, he must create a strong and powerful technology environment that includes both back-end network and infrastructure systems and a culture where educators and students can do anything they want in order to achieve lofty educational goals. One small example Rob likes to use to demonstrate this is his discovery and dissemination of “flappable” SD cards. For several years, graded video discussions had been quite popular in our Upper School history department. They were a unique way of assessing a child’s ability to speak about primary sources and their importance to historical perspectives. Faculty put students in rooms, hit record, and returned later to gather the video cameras so that the video could slowly and tediously be pulled onto a Tablet using firewire. The flappable SD cards changed all of the onerous features of this project because when recording was finished, faculty pulled the cards from cameras, used either the SD card slot or a USB port and dragged the files onto their hard drives. Making things as easy as possible for faculty is one of Rob’s big goals in building a strong technology environment.

“The Tablet PC’s Only Weakness is Obscurity”

We’re obviously big fans of Tablet PCs at Country Day. We’re also a little more than upset that Tablet manufacturers and Microsoft (the company that created the operating system that allowed for digital ink), haven’t marketed this powerful educational tool more aggressively. I wrote in my last post about the Windows in the Classroom program, and for this we’re grateful, but, frankly, very few people know what a Tablet PC is and how it’s different from an iPad or a slate. This, to me, is a big problem because Rob and I firmly believe in the transformational power of Tablet PCs. If only more educators could make informed decisions about what is the best tool for the trade, greater things could happen in (and out of) classrooms around the country. Students, parents, and colleagues often ask why we don’t switch to iPads, and I ask them to name one thing an iPad can do that a Tablet PC can’t. They should respond, “Appeal to a wide audience.”

Perhaps the most important result of switching to Tablet PCs almost ten years ago, has been that the gloves are off and constraints have been removed. We can do almost anything we want technologically with a Tablet PC. We can, using shared OneNote notebooks, use a tried and true educational model—direct instruction with note-taking.  Despite being the punching bag for educational reformers, there’s still a place for taking notes in school, and OneNote makes it easier than ever to amplify this experience. Flexible forms of “paper” and “ink” and the ability to add sound, video, images . . . and share that instantly with others is compelling. In my classes, I am able to peer into my students’ notebooks to assess their progress on readings, essays, projects, and more. We use DyKnow, one of the most powerful and interactive classroom tools made for Tablet PCs to engage learners and do collaborative problem solving. A student can leave a class in which Audacity has been used to give a quiz, hook up Vernier sensors to explore scientific ideas, play a full simulation or video game in history (yes, Tablets support Flash!), type an essay in English (easily!), or sketch a two-point perspective with a stylus while swiveled. We are not limited to one form factor or another with Tablet PCs, so in Rob’s words, we’ve removed constraints that used to exist in the educational process. Tablets have full processors and a fully functioning operating system that enables multitasking, something that can be important during collaborative learning projects. Slates, netbooks, desktops, and phones are all very limiting devices, and we hate limits (unless they’re screencasted in student voices or our own faculty’s voice, not Sal Khan’s, for a Calculus project).

“What does your presence bring to the classroom?”

I saved this one for last because, at least for me, it’s the best. I love this phrase because it does three things. First, it disarms opponents of technology integration who fear that technology will replace us all. When Rob uses this phrase, he wants members of his audience to consider the importance of the classroom teacher. “Can a computer do what you do?” If so, you’re in trouble . . . or, worse, your students are.We hope people will revisit the importance of looking someone in the face in a classroom, whether it’s got four walls and desks or is in a marsh in southwest Ohio. If you do not consider thoughtfully the way technology will enhance the human experience in schools, you’re cooked. Second, it points to another important belief of ours—“technology can preserve class time.” We can farm things out that we typically had to do in class. Finally, there’s also the undercurrent of the way a Tablet PC, swiveled, can alter the anthropological features of learning spaces. People can hide behind desktops, but when a Tablet is swiveled, a computer is no longer a barrier separating us; it’s a meeting ground and can enhance our shared presence and goals.

I’ve tried to “introduce” you to Rob Baker, but the best way to get to know him is to come to one of our Tablet PC Conferences, WIPTTE, or an occasional ISTE. Don’t miss his DyKnow session!

My Last Post on the Origins of 1:1
Posted in: Tablet Teacher Blogs