Math scores go up from IPad usage in schools

The technology revolution is not just for kids. It's for their parents and even their grandparents.
-Dr. Adlersberg of ABC's Eyewitness News 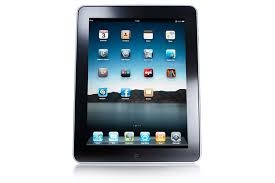 In a recent USC study, 122 5th graders who used the iPad software ‘Math Motion’ showed improved learning in 20 mins per day for five days over the controlled group by 15%. This software helps with fractions, which is known as an important step for future success in mathematics. And in a Houghton Miflin Harcourt study of Riverside students who received an IPad to help learn Algebra, students scored 20% higher than those not given the IPad. It isn’t just Algebra or fractions, Ed-tech enthusiast point to additional studies that have demonstrated improved student engagement, writing skills, and reading skills over control groups.

Can tablet success be replicated on a large scale? LAUSD seems to think so. Earlier this year, the school district made the controversial decision to arm every student from K thru 12 with an IPad. Critics have claimed that this is a waste of $1 Billion. The whole country will be watching to see how over 600,000 students in LAUSD will do with their newly gifted iPads. If LAUSD students end up showing measurable growth, we are likely to see other districts across the country add iPads into their budget.

While studies show that technology can increase success for young people, an older demographic is also getting into the game. Americans over 65 are usually written off as computer illiterate but statistics show they are embracing technology.  Seniors are signing up for Medicare Insurance online and IPads are being distributed to seniors to help with isolation and depression.  According to Dr. Adlersberg of ABC’s Eyewitness News, “The technology revolution is not just for kids. It’s for their parents and even their grandparents. In one local nursing home, residents are getting a taste of wider access to the world around them using a handful of iPads.”