Apple and Pearson have close ties to higher ups at LAUSD

Among the findings was that the initial rules for winning the contract appeared to be tailored to the products of the eventual winners — Apple and Pearson — rather than to demonstrated district needs.
LA Times 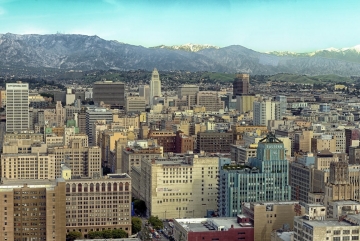 The Los Angeles Unified School District has suspended its $1 Bil iPad implementation due to the superintendent’s and other high LAUSD officials ties to Apple and to the the software company, Pearson.

Reason for the Suspended iPad Contract

Superintendent John Deasy suspended contracts with Apple and Pearson after a report claims that the bidding for the contract may not have been above board. The LA Times states, “Among the findings was that the initial rules for winning the contract appeared to be tailored to the products of the eventual winners — Apple and Pearson — rather than to demonstrated district needs.”

In an email from Deputy Superintendent Jaime Aquino, a former executive at Pearson, to executives at his former company, Aquino states, according to the LA Times, “I believe we would have to make sure that your bid is the lowest one.”

Besides the possibility of collusion between higher ups at LAUSD and the two corporations, there are other issues with the implementation, such as the contract is for an older version of the iPad even though a newer version was put out almost immediately, the school district was paying for software that wasn’t fully developed, and schools reported that students preferred other tablets to take state tests due to the small font of the iPad.

Even with all of these issues, The Los Angeles County district attorney’s office in an earlier inquiry determined that there was not enough to bring charges. The teachers’ union is requesting an official inquiry into the contract and implementation.

The contract with iPad and Pearson were to initially cost $30 mil, then expected to reach $500 million, and an additional $500 million would be spent to ensure Internet access through the school district. 52 schools will still receive some type of device, either laptops or some type of tablet, due to the old contract.

Deasy intends to continue to find a way to provide each student with a “personal computing device to help them succeed.”